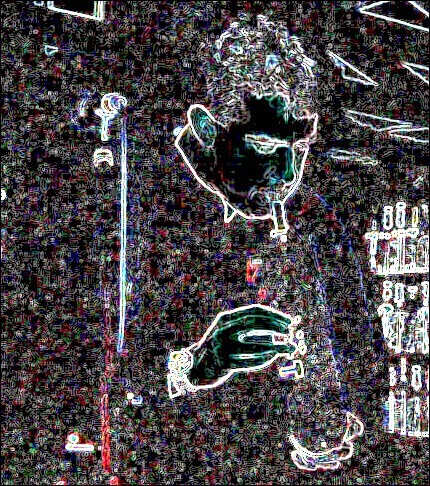 I started trumpet lessons at the age of 8 years in Columbia, Missouri, a college town known for its rich music scene and culture.  My first teacher was George Defoe from the University of Missouri.  I studied with George Defoe until his departure from Missouri during my junior year in high school.  After that I took lessons from Dr. Alexander Pickard, also from the University of Missouri.  In Junior High and High school, I played the jazz chair as well as the lead trumpet chair.  I was also a District Band member and an All State Band member.

During my senior year in High school, I met sax player Jeff Watkins (who is currently James Brown's sax player) at a jam session in Columbia Missouri. This encounter led to numerous musical experiences and eventually the trumpet chair in Glenn "Bummer the Drummer" Ward's reincarnation of the Kansas City Street Band.

After two years of playing in the Kansas City Street Band, I ended up playing with Big Babe Martin and the Chump Change Band.  Both of these bands remain institutions today in Columbia, Missouri.  Kenneth Brantley, the superb veteran alto sax player with Chump Change, took me under his wing and mentored me for several years in the art of jazz, blues and R&B horn playing.

The Chump Change Band experience was rich in the true blues experience.  Through Babe Martin and Chump Change, I was able to meet and play with such greats as John Lee Hooker (resulting in a citation in the 1987 Downbeat magazine), Albert Collins, James Cotton, Albert King, Koko Taylor, Robert Cray and many others.  I also had the privilege of performing and becoming friends with Joe McBride,, who was living in Columbia at the time and who played with Chump Change occasionally.

After playing in Columbia for several years, I transferred to Iowa University in Iowa City for my last two years of college to play with the Johnson County Landmark, Iowa University's top jazz band.  I continued to play with numerous local musicians both academically and professionally.

After graduating from the University of Iowa, I returned to Columbia, Missouri briefly and played some gigs with the Chump Change Band before moving to Washington D.C.

In Washington D.C., I joined up with jazz guitarist Jimmy Joyce and co-founded the Jimmy Joyce Quartet, a popular jazz group that played Capitol Hill for several years.  Eventually, I started frequenting the weekly jam sessions at the New Vegas Lounge and other clubs in Washington D.C, and hooked up with Jackie Lee, a former guitar player for Wilson Pickett, and subsequently joined Jackie Lee's Posse Band, which included Jerry Wilder (of Chuck Brown fame) on electric bass.

After playing numerous gigs with the Posse Band, I was eventually picked up by a local D.C.-based Soul Singer (Jimi Smooth) as an evolution of Jackie Lee's Posse Band, I played with Jimi for many years before moving out of the DC area.

These days I live in the greater NYC area and currently record and play with local musicians in the area.
Posted by scanderz at 8:04 PM